Opening night with talk and guided tour by the curator Eve Rosenhaft.

Muswell Hill Shul together with Rene Cassin present a travelling exhibition which describes the experiences of German Sinti and Roma (“Gypsies”) during the Nazi regime through the lives of nine families, drawing on a unique set of photographs.

Entrance by pre-booking only.
Please book at: http://www.theus.org.uk/MHSphotos 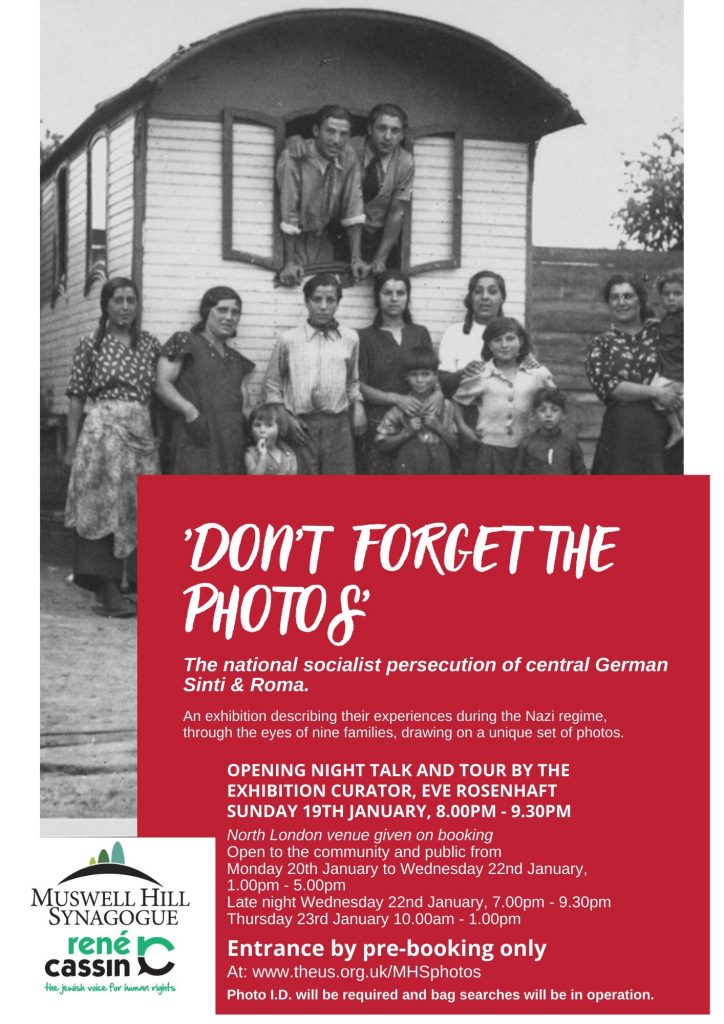 “The genocide against the Sinti and Roma was inspired by the same motive of racial fanaticism and the same wilful intention to exterminate them systematically, once and for all, as that which underlay the extermination of the Jews. Everywhere in the National Socialists’ sphere of influence, they were systematically murdered family by family, from the very youngest to the very old.”

Roman Herzog, then President of the German Federal Republic, on 16 March 1997

Photo I.D. will be required for non-members and bag searches will be in operation.