Friday night on the Hill – with guest speaker Fiyaz Muhgal

Fiyaz Mughal OBE has been instrumental in setting up the national hate crime project, TELL MAMA and was the founder of this national faith hate crime reporting project. He set up the reporting procedures and the classifications of incidents, has lobbied Central Government, Police and Crime Commissioners, MP’s and EU stakeholders, and has led the project since January 2012.

He’s also the director of ‘Faith Matters’ that works on monitoring hate crimes, countering extremism and was initially based on supporting better relations between British Muslim and Jewish communities.

To book for the event: http://www.theus.org.uk/MHSfiyaz 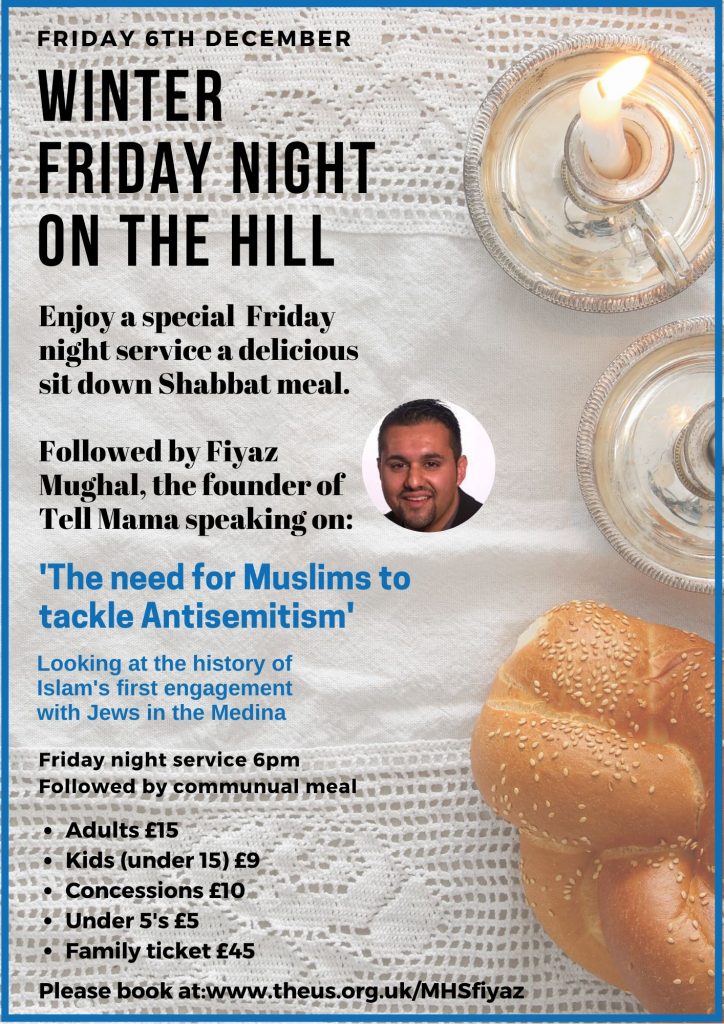