Daniella Abrahams a Slovaki Romani (gypsy) from the Roma Sinti Memorial Trust will talk about the,

‘Shared history and the long friendship between the Roma and Jewish people’. 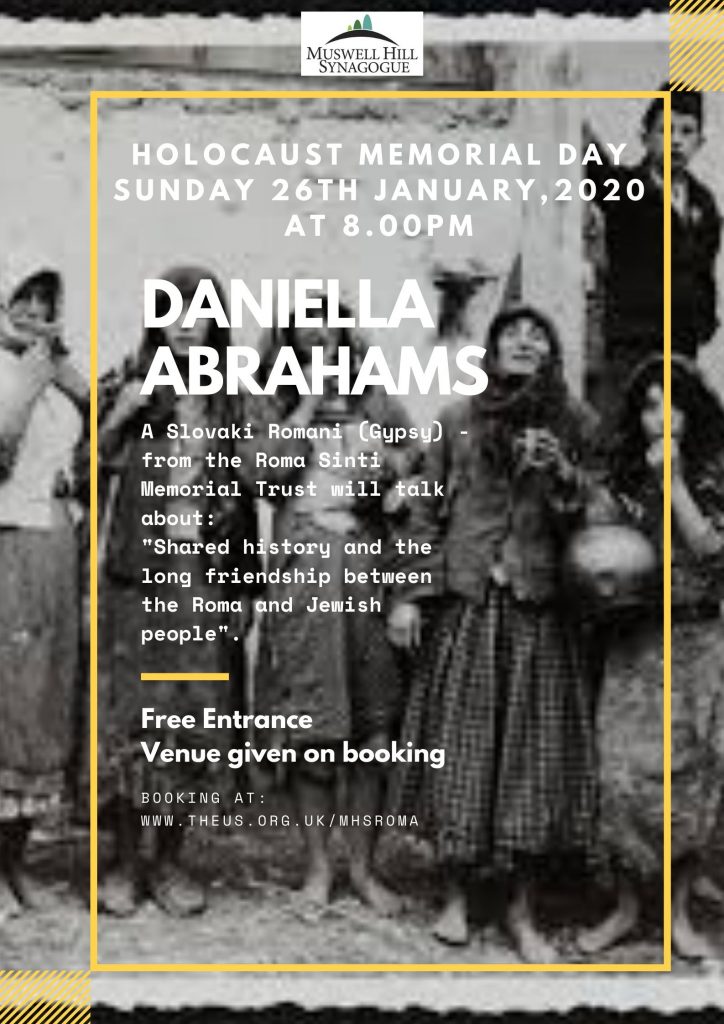 Daniella was born into a Slovakian, Hungarian Roma musician family. After her studies she was actively playing music as a cello player, dancing, singing and preforming. She was well educated and speaks several languages however she found difficulties with employment. In 2007 she decided to move to Britain with her husband and children looking for a better way of life, away from the racism that is common in East Europe.

Seeing and experiencing ongoing racism and discrimination she become involved in anti discrimination activism. Her family in Slovakia had been effected by the Holocaust and she felt a responsibility to take action on the ground. She created the SRHMT in 2018. It was a long process because there was no proper representation of the Sinti and Roma Holocaust survivors in Britain. Through this she tries to educate the public and commemorate the Samudaripen (Roma Holocaust).