Home > Events > Park Theatre trip to see ‘Mother of Him’

Park Theatre trip to see ‘Mother of Him’ 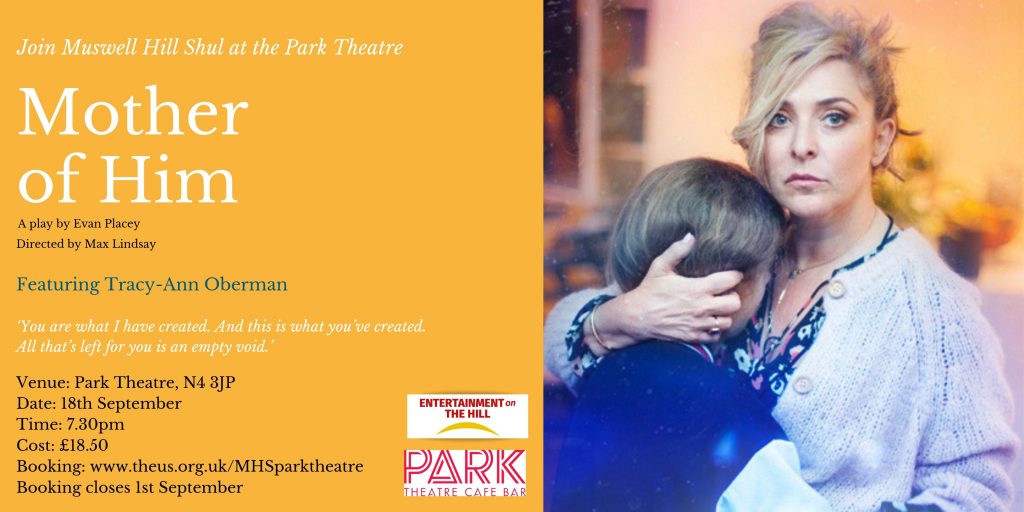 To book please go to: http://www.theus.org.uk/MHSparktheatre

Brenda, a single Jewish mother (Tracy-Ann Oberman, best known for EastEnders and the hit comedies Friday Night Dinner and Toast of London) tries to manage her professional life whilst ushering youngest son, Jason, off to school. His elder brother remains asleep upstairs. This could be a day like any other, if older brother Matthew wasn’t under house arrest.

Pursued by the media and tormented by guilt, Brenda tries to to hold her family together as the world is set to tear them apart. Inspired by true events, Evan Placey’s powerful and provocative drama questions what it takes for for a mother to stop loving her son.

Director Max Lindsay makes his Park Theatre debut following his acclaimed 2018 production of Angry at Southwark Playhouse. From the producer of Park Theatre hits The Life I Lead, Pressure and Madame Rubinstein.