Top of the Hill – New Series 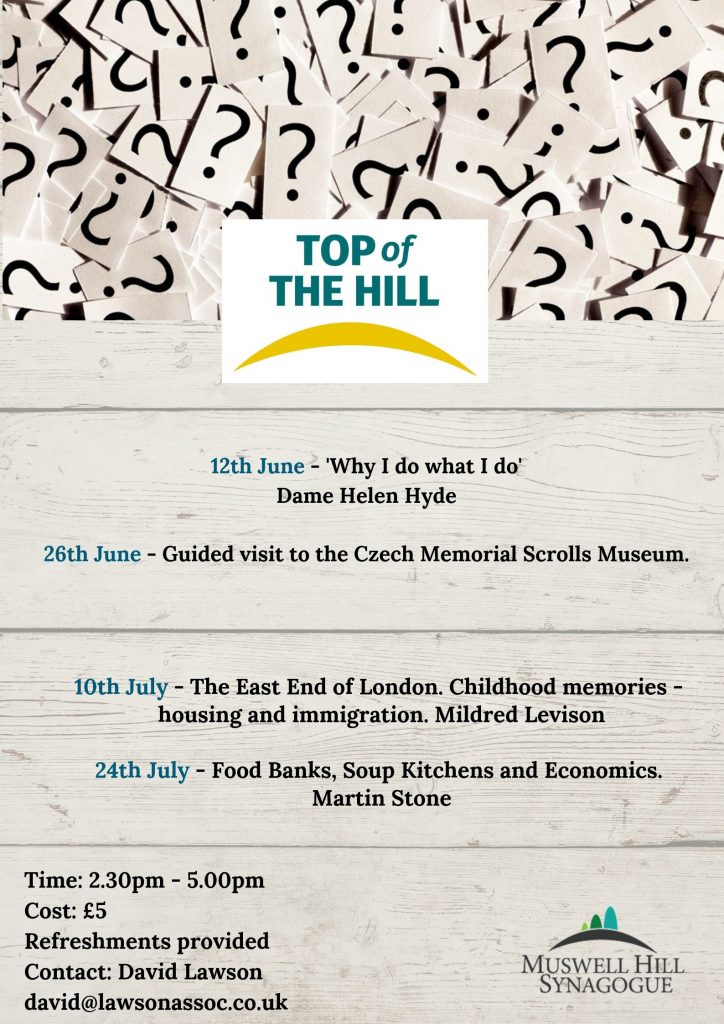 Dates for after Yomim Noraim

All meetings start at 2:30 p.m. in the shul hall. Refreshments will be provided and there is an admission charge of £5 each.  The meetings will finish at 5:00 p.m.

If you know someone who would like to attend ToTH meetings and cannot get to and from the shul under their own steam, or for who the cost would be difficult, please contact BEVERLEY GIESSING 07956 779 890