Home > Board > Meet the new Vice Chairs and wardens

We held our first board meeting this week and one of the first decisions was to co-opt the community members who had come forward to join the board. The list of the full board can be found here.  We’ll also be adding photos and short biogs under each person’s name once we have collected them all in. We can also announce that we now have wardens on board. Mark Sheinfeld, Ron Simons and Daniel Shaw have agreed to take over  with a gradual handover from our current team through June. Daniel and Mark will look after Shabbat + Yom Tov mornings and Ron and Mark will look after other services.

As I wrote in my election statement, I had originally intended to stand for election as a Co-Chair.

Greg Swimer and I put ourselves forward together for the position of Chair as we felt that we would be able to serve the community well as a team. The principal reasoning for this was that (i) the job of Chair is particularly large at the moment given the imminent building project; (ii) that we have complementary skills; (iii) we are like-minded in our views on the development of the community; and (iv) we enjoy working together and are effective when we do so.

As the election was contested, we were unable to proceed as we had planned.  This is because United Synagogue rules stipulate that in the event of a contested election no candidates may stand as Co-Chair.  Our decision was that Greg should stand aside and, as you know, I ran for election on my own.

I would now be delighted to serve as Chair in my own right, and know that I have the confidence of the community to do so.

However the original rationale for me wanting to stand as a Co-Chair still holds, but Greg and I now feel that it would make sense for me to continue as Chair and for him to be co-opted as Co-Vice Chair with Marc. I am, therefore, asking the Board to agree to co-opt Greg as Co-Vice Chair for the reasons set out above. I have discussed with Sam Clarke and Marc Rubinstein, as Honorary Officers, and this proposal has their full support.

The board voted unanimously in favour of this proposal and Greg has now been co-opted to the board and I look forward to working with him and all of the new board. If  the enthusiasm and ideas at last nights board meeting are anything to go by, it should be an exciting year.

I’ll let Greg and Marc introduce themselves to you now: 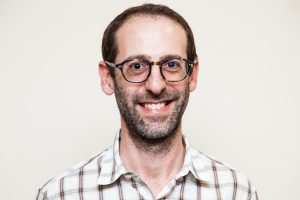 I’ve been a member of Muswell Hill Shul since moving into the area in 2000 with my wife Judith Vandervelde. I grew up in Liverpool and attended King David High School where my headteacher was eminent community member Clive Lawton. After spending a year in Israel, I went to Oxford University to study mathematics. I pursued a career in the City and worked for a major investment bank before moving into the asset management industry as a partner in an investment fund. Judith and I have two sons, Sam (16) and Avi (13). 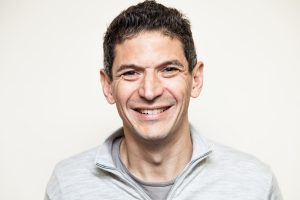 Ilana and I moved to Muswell Hill and joined the Shul in 2003.  Our daughters Yael (now 13) and Annie (now 11) were born soon after and both attended the Yeladenu nursery in its early years, an institution we were so happy with that we decided to give it another whirl for our son Saul (a very happy 3).   My main involvement in wider shul life has come through my continuous search for volunteers to help on the Security Rota which I helped set up in 2006 and then oversaw as Security Officer from 2006-8 and again from 2014.  And after some tentative first steps into the world of shul light entertainment under Phil Style’s guidance, I have now unleashed my ‘inner Billy’ and may now find it hard to stop!  Like Marc, I was born in the North (although Manchester, not Liverpool), took a year off in Israel, and also attended Oxford University, studying Engineering & Management.  Not really knowing what to do I ended up in IT which turned out to be a reasonable career choice, and I’ve worked for a number of companies over the past 20 years, spending three years living and working in Haifa between 1997 and 2000 along the way.