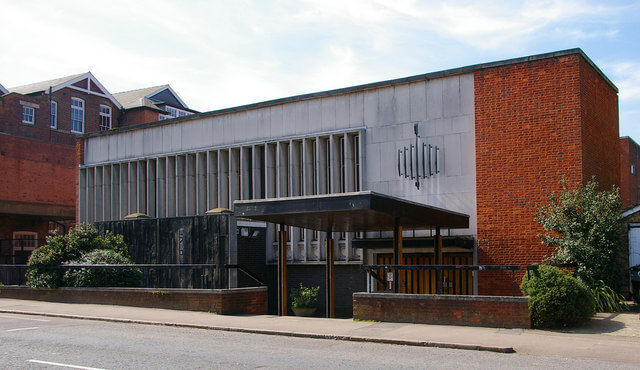 The Jewish community of Muswell Hill dates back to 1907.  Horse drawn carriages were the main form of transport when the Landstones family, pioneers of the community, first settled in the area in 1907. The second Muswell Hill Jewish family, the Hochbergs from Riga, settled in the area two years later. In 1911 Muswell Hill’s third Jewish family, the Millstones, opened a tailor’s shop and together with the original two families could make their first minyan.

Prayer services started in the Landstones’ home, but several years later an Edwardian building called the Athenaeum, on the site that Sainsbury’s now occupies, which in those days was used for political meetings and theatrical performances, rented their hall which was later converted to the first synagogue.

An East End teacher was hired as a chazen and there were 20 people present for his first service. Numbers increased by the 1920’s and by the end of the decade High Holiday attendances were up to 50. By the late 40’s this was the number attending each week for Shabbat services.

In 1943 Muswell Hill became a District Synagogue of the United Synagogue after the community managed to successfully acquire the hall at the Athenaeum for £500.

In 1963, the modern era of the Muswell Hill community began when the community moved to the site on Tetherdown. Joe Mendleson, the architect won several awards for the design.

In 1955 Rabbi Brazil became the first minister, who led the community until 1986. He was succeeded by Rabbi Dr Julian Shindler, who was minister until 2000 when Rabbi Lister moved from Reading. Rabbi David Mason took over in 2008 and became only the 4th Rabbi of the Muswell Hill community.